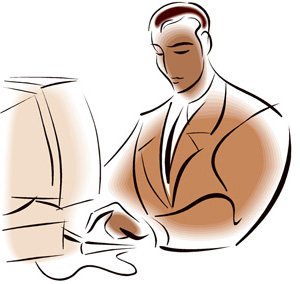 That’s a very easy question to answer – it’s just not very easy to answer truthfully. For everyone out there telling you to “write what you know,” there’s a George Lucas doing pretty well with big spaceships, trash-can robots, and a Princess with a weird hair-do. I can give you a couple of extremes:

One day I was driving home from work and stopped at a red light. I was not thinking about anything in particular, but in an absolute flash an entire film burst into my head. Before the light turned green I had plot, characters and final shoot-out in amazing detail. Even the title: “Catacombs.” Staggering experience. I broke every speed limit and cruised through every stop sign to get home and write the outline. Where the hell did it come from? No idea. I had just returned from a two-month jaunt through Europe, and “Catacombs” is a taut thriller set largely in Paris, but that’s as far as I can take it. The Plot Gods just dumped one on me. Good script, too. I owe them big time.

On the other hand, my best friend, by doing the third dumbest thing I’ve ever heard of, started a long, interesting chain of events that led eventually to a terrific script.

Let’s take a trip back to the early 80’s. Hollywood is awash in cocaine – but it was a “good” drug. Crack had not yet reared its ugly little head. Richard Pryor remained unscorched. Cocaine was pure white, came in terribly expensive little vials, and was going up almost every high-tone nose west of the 405. No addiction, no stigma, no sweat (well, that’s what folks thought at the time). Granted, it was illegal and you could get real jail time, but you’d be in good company when you went.

I’ve been pretty staunchly anti-drug since the Viet Nam War, but my great and true friend, Dwight (not his real name), loved his nose candy. Dwight, a superb comic actor, had a small, running part on the most successful TV series of the time. Money, idle time, and a fateful belief that nothing can go wrong are a bad combination in Hollywood. On our midnight jogs up and down the dark streets of the Hollywood Hills, he started talking about a contact in Florida and how he could collect money from everyone in the apartment complex, fly down to the orange groves, scoop up double handfuls of the fun powder, and return a Local Hero. I started talking about the Big, Nasty Men he would meet in prison and how much they would enjoy his company. There were a couple of times in the next two weeks that I thought I had talked him out of his insanity, but finally he bought a quart Thermos (to fool those nosy dogs at the airport(!)), put on a bright Hawaiian shirt, boarded the jet and vanished into the sky. He didn’t seem worried at all; I was a quivering mess.

Four days later, I picked him up at the airport: he was haggard, unshaven, as wrinkled as his Hawaiian shirt, and had no Thermos jug. To make the long story short, his contact proved to be a flake and Dwight sat in a crappy motel the whole time waiting for something to happen. It never did. Then, coming back through the Miami airport, he was grabbed by Federal agents and thoroughly (and I mean “thoroughly”) searched. They found a couple of thousand dollars in cash and an empty Thermos jug – but nothing else. Thoroughly chastened, Dwight never tried any such nonsense again.

But now, on our long midnight jogs up and down the dark streets of the Hollywood Hills, we had a lot of long, loud, relieved laughs at his expense. Pretty soon his desperately stupid action and its humbling, ridiculous aftermath had evolved into a wacky comedy script that ended up making us a good deal of money (though, unfortunately, it has not yet been filmed).

So. Write what you know? I don’t know anything about cocaine, or being hip in Hollywood, or becoming a Local Hero. But I know desperation. I know about wanting something badly enough to risk everything for it, even if you know it’s the wrong choice. I know the desire to shine just once. And I know that you can turn all of those things on their ear and have a very funny story to tell.

Keep your eyes and ears open, whether you are touring Paris or sitting in the back yard listening to a treasured friend dream out loud – there are ideas everywhere.